Let Bibens Ace help you get into the holiday spirit this season with our wide variety of holiday lights and decor: wrapping paper and bows, lights of all colors, pre lit wreaths and trees, tree stands, and everything in between.  FRESH cut trees at select locations! 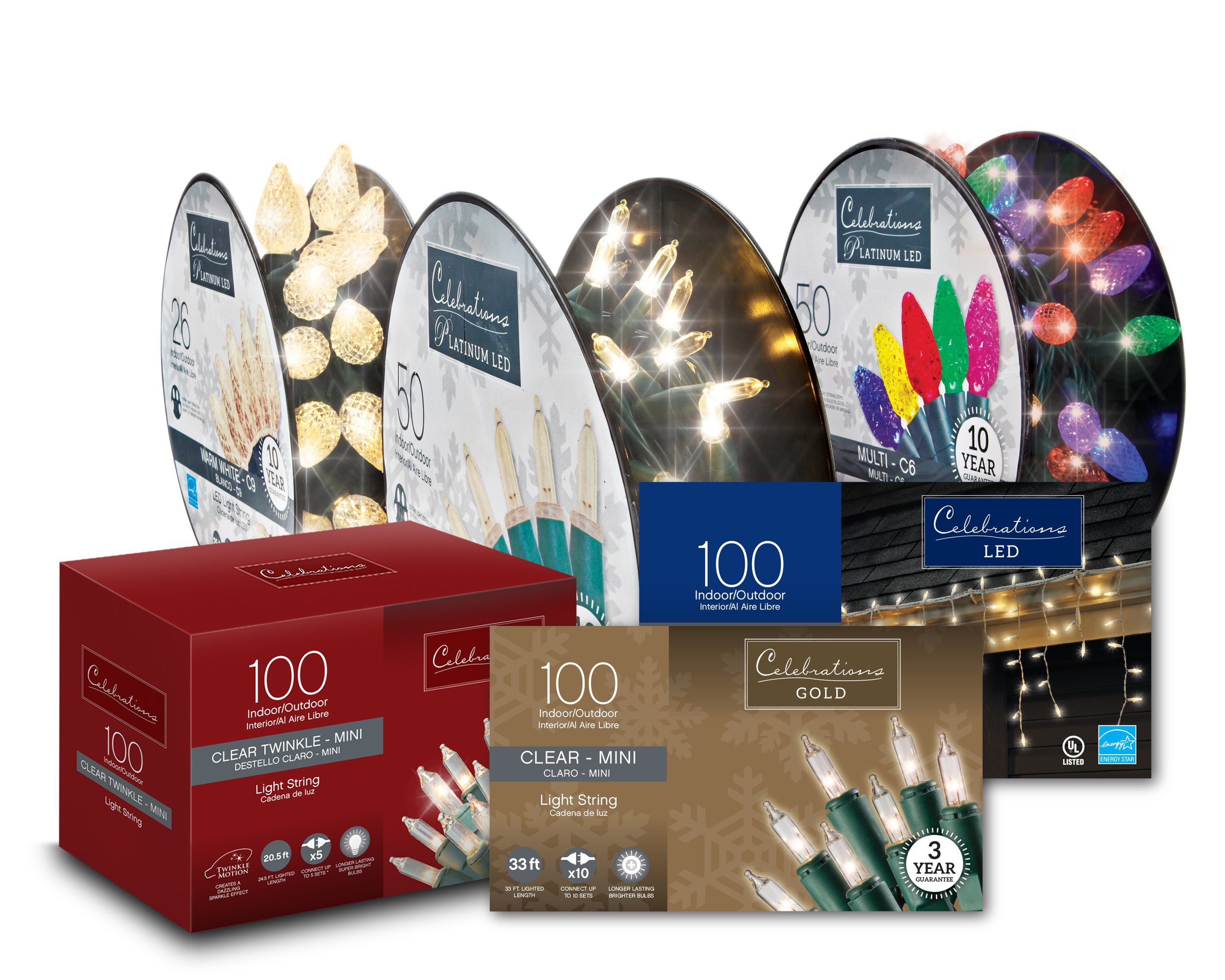 Since Christmas lights are left on for all hours of the night and LEDs use up to 33% less energy, the holidays are an opportune time to take advantage of LED’s.  LED lights not only use less energy while helping you save you money—they also offer several other advantages over their incandescent predecessors. Let’s take a look at why you should upgrade your Christmas lights this holiday season.

By now, everyone should be aware of the environmental benefits of using less energy. Using less energy means we can keep more of the natural resources we use to produce energy on earth for longer, and it also means we can help reduce the amount of pollution coming from our power plants. Because LEDs use such little power in comparison to energy-guzzling incandescents (an average LED light string consumes less than 5 Watts of power vs. 20 Watts or more for an incandescent string) they are by far the more eco-friendly choice.

The price, on average, for LED Christmas lights is a little more than double that of incandescent lights. Although this may seem steep, LED energy savings can equal their cost over the course of just 4 seasons, or a full-year of continuous use. As Christmas lights are supposed to be long-lasting items you can bring out year after year, they will undoubtedly pay for themselves over time. In the more immediate sense, LED Christmas lights use up to 1/3 less power than incandescents, minimizing your monthly electric bill.

To reduce your energy consumption even further, use automatic timers for both indoor and outdoor holiday lights. Set timers to turn lights on when it gets dark and off during a reasonable hour later that night. Having the ability to program your Christmas lights will eliminate the stress of wondering whether or not you forgot to turn them off before you left the house. Before plugging in and programming, make sure the timer is capable of handling the combined wattage of your lights. According to Energy.gov, keeping light displays on for less than eight hours per night will help you keep your energy costs low. If you don’t have a timer, being as frugal as possible with the number of hours your lights are on will make all the difference.

While LED Christmas lights come in the same shapes and sizes as traditional lights, from C7 and C9 bulbs to mini light strings, they also come in even more options. LED omni-directional lights emit shimmering all-around light with a magnified spotlight at the tip that will make your light array sparkle and shine, and LED wide angle lights allow for a brighter and wider light coverage than traditional lights. But LEDs aren’t just limited to light stings—they are also often used to make novelty lights such as holiday candles, lanterns, snowfall lights, LED ribbons, as well as an assortment of other illuminations that can make your holiday display more festive.

If you need new Christmas lights for this upcoming holiday season, choose LED Christmas lights. They are difficult to break, last up to 20 years, and use only 1/3 of the energy of incandescent Christmas mini-lights and 1/100 of traditional C7 or C9 lights. Because LED lights don’t have filaments like incandescent bulbs, they won’t burn out or get hot, and because of their longevity and durability, you won’t have to buy replacement bulbs or new light strings every year.